I would like to thank everyone at Eden Steam Showers. I love the steam shower it's amazing, I use it every day 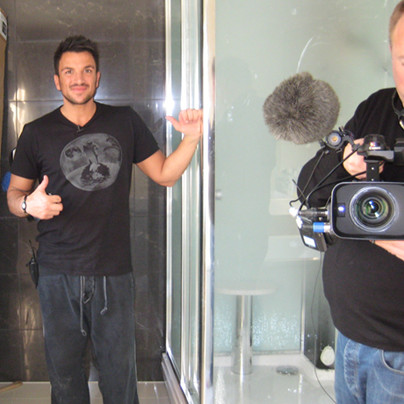 After a few sessions in a steam room during a recent trip abroad accomplished musician and media star Peter Andre discovered the vocal benefits of steam treatments. With a new album under development and recording imminent Peter decided to install a steam shower at his luxury home in West Sussex.

After a consultation with us at Eden Steam Showers it was decided that the best option was our Lisbon model which fitted perfectly into the space that had been occupied by a walk in shower in his main bathroom. The whole process including the installation was filmed for the ITV documentary Peter Andre – “My Life”.

We asked for Peter’s review of his new steam shower and he told us, “I love the steam shower it’s amazing, I use it every day”.

the installation, the service was brilliant.”

“I love the steam shower it’s amazing, I use it every day” 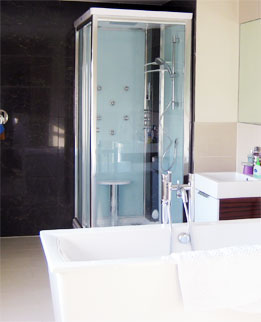 The Lisbon is a very sleek and contemporary design and we think it looks fabulous installed in Peter’s main bathroom. 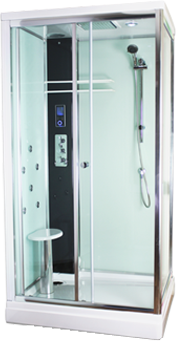